The J-Files: The Penny Conspiracy

A professional UFO Investigator has promised a former student he’d take her to Area-51. Will there be aliens as some Ancient Astronaut theorists suggest? We cannot say. But exotic alien girls or not, Jack Goff has stumbled on the biggest conspiracy of his life…

The J-Files: The Penny Conspiracy is Visual Novel with more in common to the books we read as a kid where we could choose our own adventure. As the story unfolds, there will be more and more paths down which Jack can go. The theory is to add more replayability to the game.

I decided to forego the common RPG-style stats for this one in favour of a story which grows with the characters. It is being built with growth in mind, and I have developed it with an idea to continually adding expansion packs which greatly expand the world by introducing new characters with each pack. Each pack will be designed to be a complete adventure of its own.

With this game, I wanted to try a different aesthetic to Shag the Hag, and I’ve improved my skills with lighting and Depth of Field to provide a more artistic and stylized world. It’s slightly toon, slightly retro, and totally in tune with the characters you’ll be meeting.

Ultimately, look forward to an adventure of love, adventure, and wild alien sex! 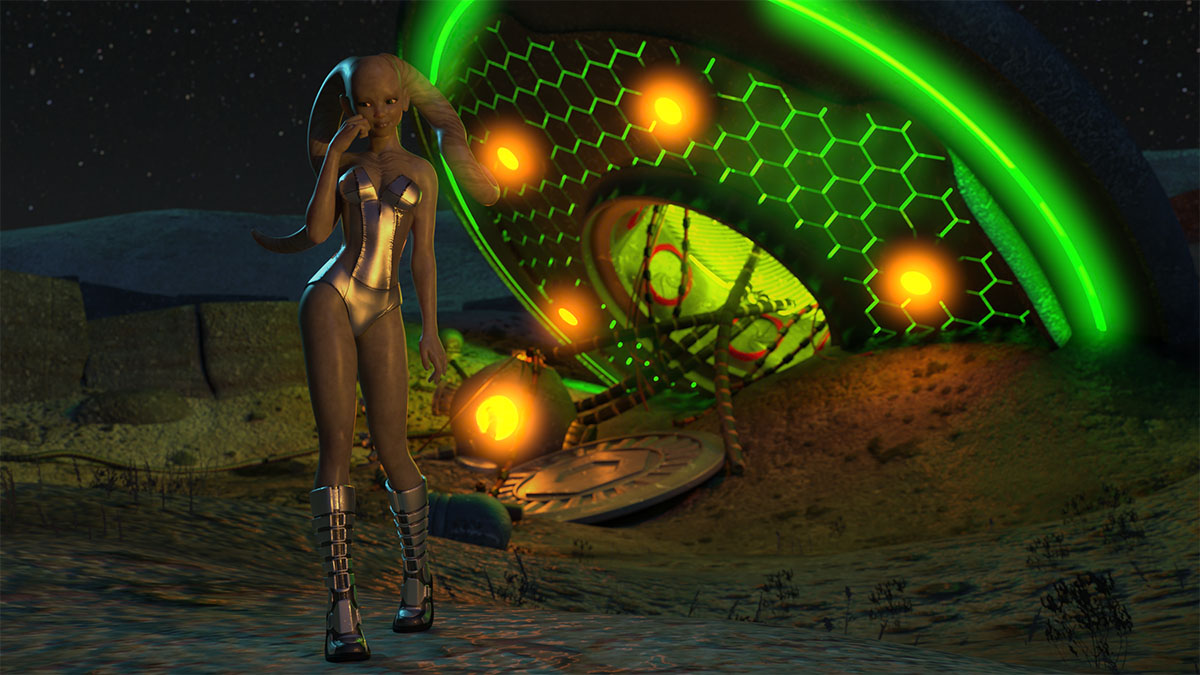 Further updates On Hold due to Patreon