Jack is an aging FUFON agent with a dream of one day meeting aliens and getting a show of his own on TV.
Penny is his ex-student who’s keen on taking a trip out to the desert with him in hope of seeing those same aliens. Her goals might be a little more mysterious… 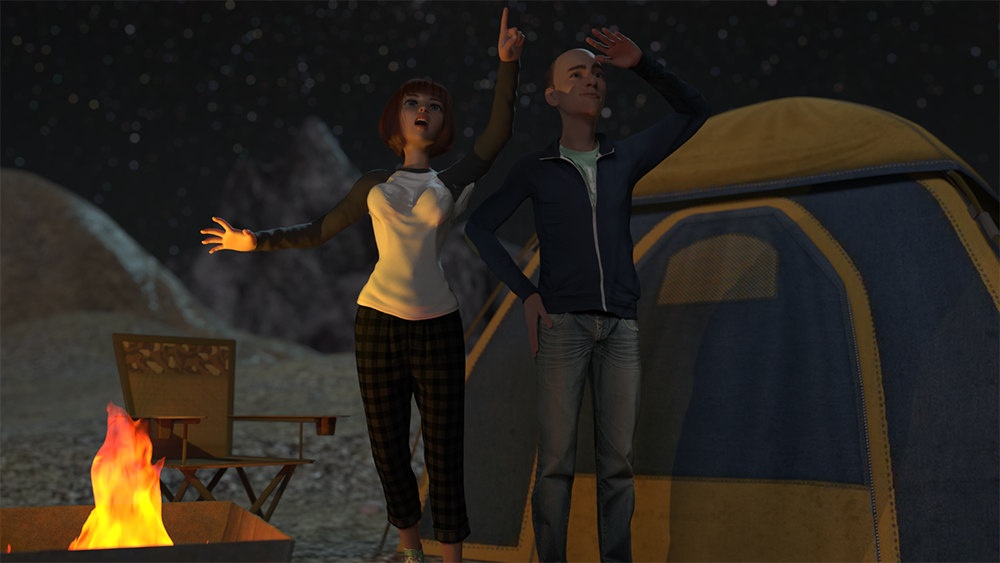 The Penny Conspiracy is Episode 1 of the J-Files, and has been designed to easily slot new Adventures in place as they are produced.
It is more of a kinetic novel than some Visual Novel games are these days, and as such is more concerned with allowing player choice rather than building skills or engaging in repetitive actions (grind). Instead, players can expect themselves to be drawn into the budding relationship of a seemingly oddball couple who have more in common than not.
It’s romantic. It’s cute. It’s funny as fuck and you’ll love it!
And, on top of that, it’s coming out in August! THIS year!
So, keep your eyes on the official page for when the download links are dropped, or visit Subscribestar or Patreon to sign up and get early access starting THIS week!
Support on SubscribeStar
Support on Patreon